Can Laser Therapy For Pain Be A Viable Treatment? 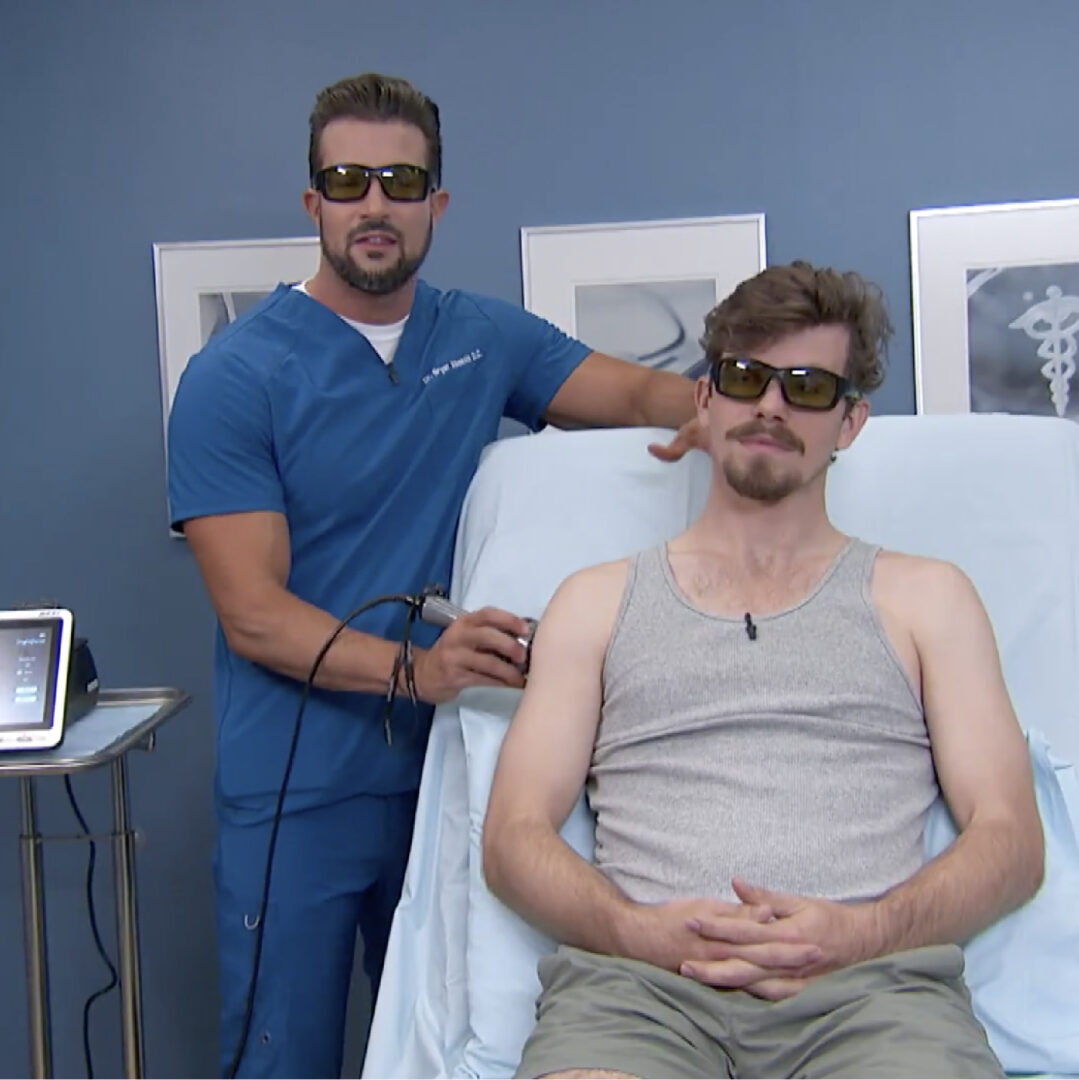 Can Laser Therapy For Pain Be A Viable Treatment?

Learn what The Doctors have to say about laser therapy for pain.

Watch Dr. Bryan Abasolo on the TV show, The Doctors as he treats patient Michael, a rock climber with shoulder pain, with a LightForce Therapy Laser and answers the question, ‘Can Deep Tissue Laser Therapy Treat Muscle Pain?’. 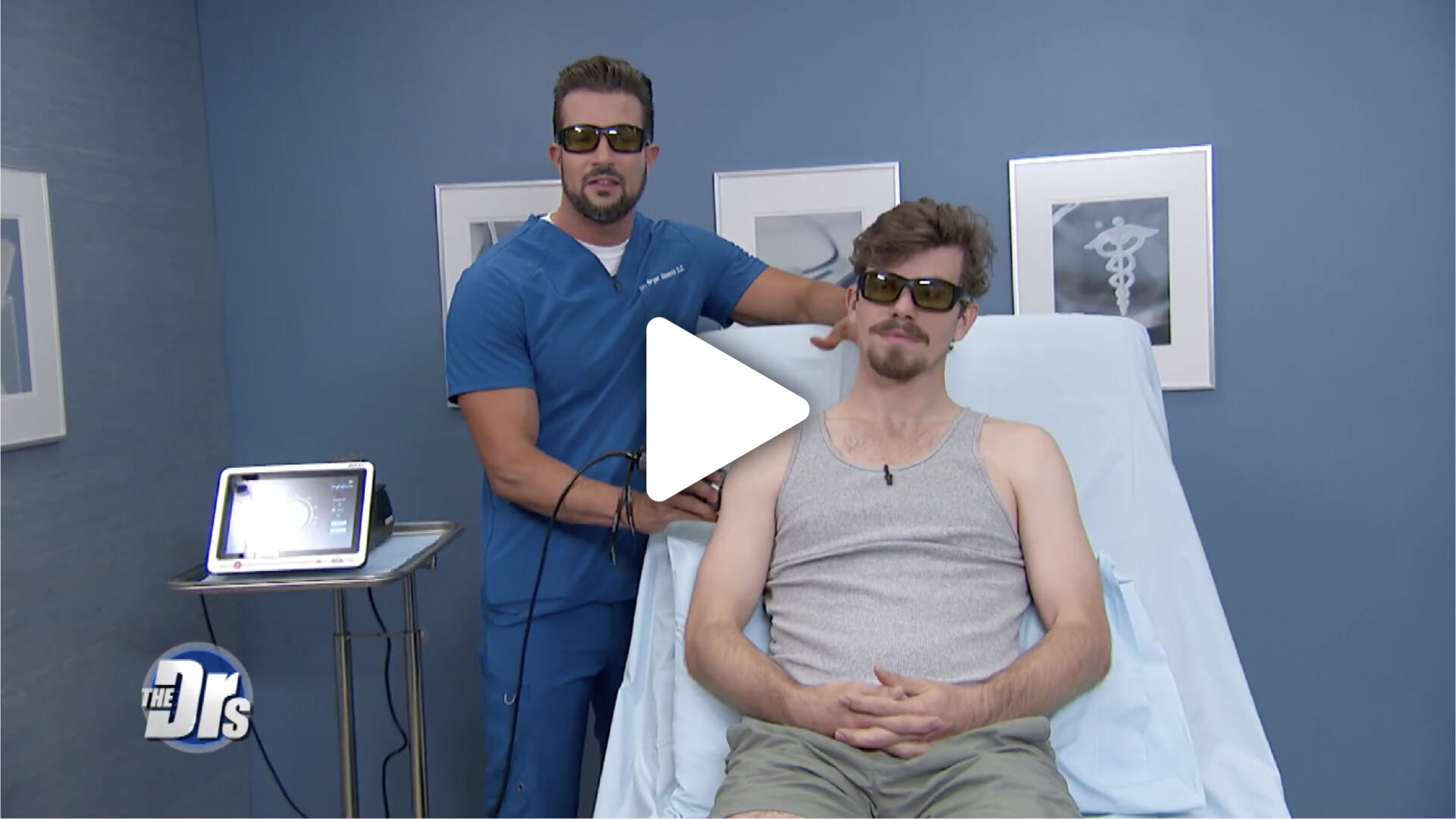 Laser therapy is a safe and effective solution to relieving pain and healing the body without invasive surgery or potentially harmful medications. Yes, laser therapy for pain can be a viable option.

Constant nagging Pain is frustrating and negatively affect your daily life could laser help believe it.
Chiropractor Bryan Abasolois back in the procedure room with Michael, who is currently dealing with shoulder pain Michael, what’s going on with your shoulder, buddy?

I wish I knew I’ve had a nagging shoulder injury for about a month now, and I’m an avid rock climber. I’ve been climbing two or three times a week for almost six years and haven’t been able to for the better part of a month, just because of this thing. And, you know, I’ve looked into different you know, ways of getting it healed without really an invasive under the knife procedure. So you know, I’m looking forward to seeing what this can do for me.

So, Bryan, what do you think is going on? And what’s the game plan?

Well, doc, what I think is going on, I think he has a little bit of what we call rotator cuff syndrome and specifically the superspinatus muscle is the actually most commonly injured muscle in the rotator cuff. So what we’re going to do today is a therapy called deep tissue laser therapy [for pain relief]. Okay. it’s an FDA cleared a modality to treat pain and inflammation. It’s going to help out tremendously with the recovery time of the injury. And what I love about it is that it’s safe. It’s painless, it’s noninvasive. And another great aspect of it is it’s very quick. Treatments are only about five to 10 minutes on average and believe it or not, this is actually used in NBA locker rooms, NFL locker rooms to get their athletes back on the field quicker. So I think Michael is going to do great with this modality.

So Bryan, we have lasers for everything. I’m fascinated here. What specifically, what kind of laser is this? What wavelength obviously it’s meant to penetrate deeper into the tissues?

Yeah, so this is not to be confused with a cold laser. That’s a level three laser. This is actually a step above. This is a class four laser it’s actually one of the strongest, the strongest therapeutic laser on the market. So what it’s going to do is the laser energy is actually going to penetrate deep down into the cells and the effect it’s going to have on the cells is actually going to penetrate the mitochondria, which is basically the powerhouse of the cell. And it’s going to produce more ATP, which is our energy currency. And when ATP is ramped up, cellular regeneration cellular metabolism is increased and that’s going to really help reduce pain, inflammation and increased range of motion.

Alright. Get started there, Bryan We all go through these sports injuries and so many different options. If you can comment how you would compare this laser treatment with the other things that we’re trying, we’re doing the PRP, we’re doing shock pulse therapy other forms of massage.

Yeah. This is a great junk therapy you could use with a lot of things that doctors and PTs and chiros are doing now in physical therapy. You name it, electrical muscle stimulation, adjustments, you know, obviously some ultrasound you can do, but there’s nothing like this treatment at all. As far as the depth that it can penetrate deep down to the cells.

Michael, do you feel anything

Yeah. So what I’m doing right now, he should start to feel a little, a nice soothing warmth and the laser actually has different treatment heads. So the one I’m using right now, it actually adds a massage component to it. So not only is he getting a nice therapeutic massage, but also the laser is penetrating into the cells of the rotator cuff,

How much Bryan would something like this cost for one treatment and then in the case of someone like Michael, who has just this probably little nagging rotator cuff issue, how many treatments would you suggest?

Bryan, it seems like this is a great option for folks who have exactly what Michael has and Michael you’re anxious to get back out there and climb. Aren’t you bud?

You have no idea.

Good stuff. Well, best of luck to you, Michael and Bryan, thank you so much for sharing that device with us.