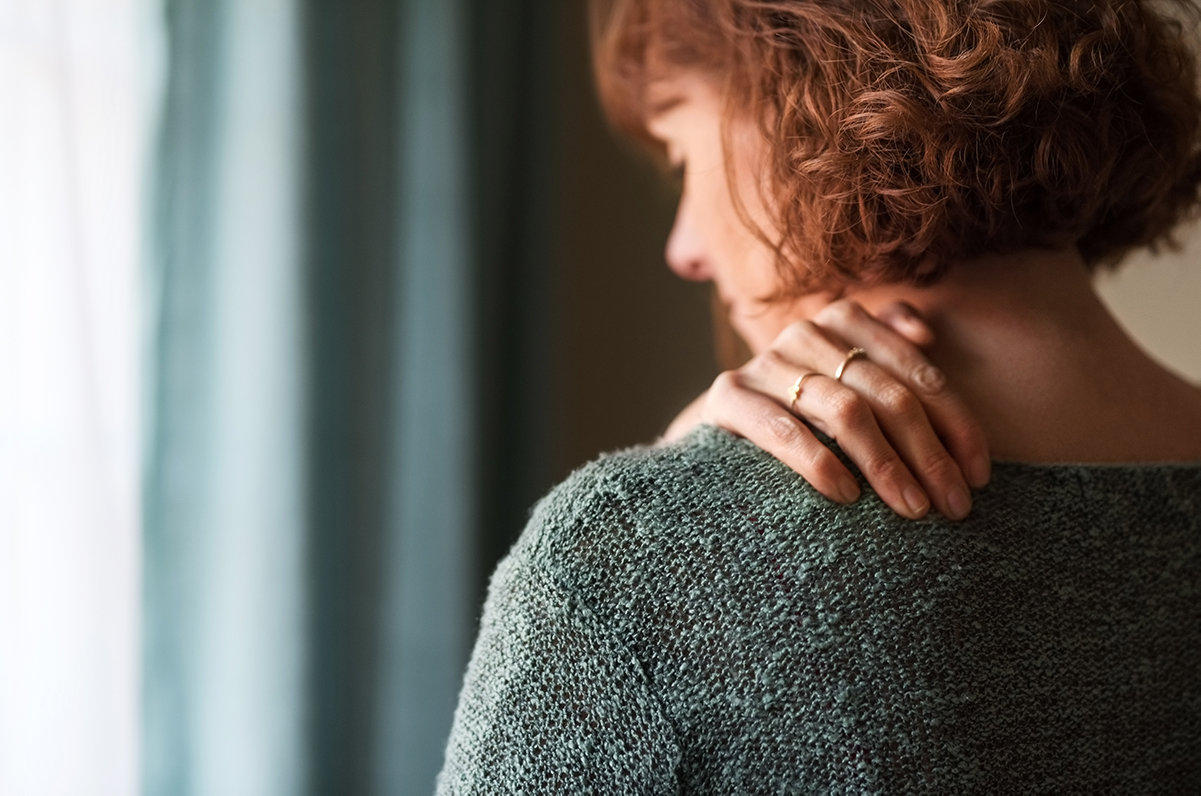 Inflammation is a topic that is discussed in the clinical setting on a daily basis. It is an important part of the healing process and is needed for the proper healing of acute soft tissue injuries.1 Patients often are seeking relief from the associated pain and seek advice on how to best manage these injuries.

How well a clinician understands the inflammatory process and how various anti-inflammatory modalities impact the healing process can have a profound effect on both the recovery time and the tissue repair process for damaged muscle tissue.

There is rising evidence that dampening acute inflammation impairs muscle growth and regeneration in animal and human models.2

Despite this fact, clinicians are often quick to recommend NSAIDs to address acute inflammation due to their ability to decrease pain and reduce inflammation via their impact on cyclooxygenase-2 (COX-2) enzymes. While decreasing swelling, NSAIDs have been shown to negatively impact tissue repair by diminishing proliferation, differentiation, and fusion of satellite cells in muscle tissue which can lead to impaired skeletal muscle repair and growth, and increased fibrosis.3,4

Accordingly, it is not surprising that recent studies suggest many therapists have incomplete or inadequate knowledge on the topic of NSAIDS5,6 or have failed to upgrade their knowledge on the topic.7 This has the potential to be a significant problem in the management of musculoskeletal injuries as physical therapists are assuming increased roles in the direct access market.

It is important for clinicians to understand that COX-2 enzymes are involved with both pro-inflammatory and anti-inflammatory mediators at different stages of the inflammatory process.8,9 While blocking COX-2 activity can reduce a pro-inflammatory response it can also inhibit the resolution of inflammation which can negatively impact muscle healing.2 Additionally, there are a variety of inflammatory mediators that play important messenger roles regarding the recruitment of neutrophils and monocytes that are essential for tissue repair. Inhibiting the inflammatory process can impair macrophage collection at the injured site which negatively impacts tissue repair.2 This can include persistent necrotic myofibers, increased fat accumulation10, decreased myofibril size, and slowed muscle regeneration.11 Consideration should be given to these factors before recommending NSAIDS for acute muscle injuries.

When advising patients on the topic of chronic inflammation, clinicians should be aware that NSAIDS have been found to be ineffective in reducing diffuse, systemic inflammation.12

Steroids (SAIDs) such as prednisone have been found to be a better alternative in restoring the balance of the inflammatory process for chronic inflammation2, especially with repeat “asynchronous” injuries to muscle tissue, such as repeated muscle strain to the same tissue.11,13

Controlling chronic inflammation is important as it can increase muscle degradation and reduce the synthesis of muscle fiber contractile proteins.14 Examples of chronic inflammation include diffuse OA, chronic COPD, aging, and kidney disease, all of which are associated with muscle wasting.15,16 It should be noted the positive effects of SAIDS is limited to the window: months to years.17,18

Prolonged use can lead to protein degradation which leads to muscle atrophy as well as decreased proliferation and differentiation of myoblasts.19 Long term muscle wasting outweighs short term anti-inflammatory benefits in many cases.

Local inflammation is needed and benefits the healing process. Analgesics and analgesic modalities are a better choice than NSAIDS for acute muscle injuries. Chronic local conditions, NSAIDS help via pain relief, but are not good at reducing chronic inflammation. SAID use is warranted for chronic, local inflammation, however; prolonged use can lead to protein breakdown and promote muscle wasting. They should be used judiciously.

What about ice, sometimes referred to as cryotherapy? People have been using it for decades to manage inflammation so it must be a good choice, or is it? In 1978 an orthopedic surgeon, Gabe Mirkin, M.D. came up with the familiar acronym “R.I.C.E.” (Rest, Ice, Compression, and Elevation) regarding how to address inflammation. It’s simplicity and general adoption has been the gold standard for addressing inflamed tissue in the medical community for almost 40 years. The tide currently appears to be changing. Dr. Mirkin himself was recently quoted in an article published on the Spartan website (www.life.spartan.com) that he now openly rejects at least half of R.I.C.E.

“I do not believe in cooling anymore,” he explained via email. Nor does he believe in the “R” component of his famous prescription either. In a foreword to the second edition of Iced!, Dr. Mirkin says most athletes are far more concerned with long-term healing than transient pain relief. “And research,” he writes, “now shows that both ice <or cryotherapy> and prolonged rest. actually delay recovery.”

The research he may be referring to includes a study in the British Journal of Sports Medicine that retrospectively investigated 22 separate studies and concluded that “ice is commonly used after acute muscle strains, but there are no clinical studies of its effectiveness.” More damning was the report in the Journal of Strength and the Conditioning Research which stated that not only does cryotherapy fail to help injuries heal, it may well delay recovery from injury.20

Ice apparently plays more of an analgesic role post injury more than it does in reducing inflammation. A 2013 study in the Journal of Applied Physiology showed that cryotherapy had null to mild impact on pro-inflammatory markers on post-exercise induced muscle damage.21 Research from the Cleveland Clinic has gone a step further showing that Icing an injury delays the release of IGF-1 (insulin-like growth factor-1), a hormone involved in the inflammatory cascade that helps repair damaged tissues.22 These findings should at least start to bring into question the effectiveness of cryotherapy.

So if R.I.C.E. is no longer the answer, and NSAIDS are detrimental to the tissue healing process for acute injuries and ineffective for chronic inflammation, what’s a better strategy for managing inflammation and expediting tissue repair?

Promoting active recovery is becoming much more accepted as the preferred plan of care. Gary Reinl, veteran athletic trainer and author of the book Iced! The Illusionary Treatment Option believes the answer lies in a new acronym: A.R.I.T.A.—Active Recovery Is The Answer. Instead of being still and shutting down blood blow, try to get things moving and circulating as soon as possible.

In line with this concept, laser therapy is starting to gain traction in more forward-thinking training rooms and rehabilitation centers that have acquired this technology. The laser is instrumental in creating photobiomodulation (PBM) which is the mechanism by which photons elicit photophysical and photochemical events in tissues leading to physiological changes and therapeutic effects. This process helps hasten the inflammatory process which leads to improved tissue healing.

Laser research that investigates the mechanisms involved with reducing inflammation, at a glance, look similar to pharmacological studies because they impact the inflammatory cascade at similar points. These include reduced COX-2 levels26, reduced Bradykinin levels27, reduction in IL-1 levels28, and reduction in PGE-2.29 It is important to understand that these reductions are fundamentally different with PBM in that they take place from intrinsic, anti-inflammatory signaling generated by better cell metabolism and improved micro-circulation.

There have been two recent studies that have compared: ice, ice combined with laser, and laser therapy used independently to treat quadriceps muscles after maximum volitional contractions (MVC). They concluded that the laser had significantly higher MVC on retest and less oxidative stress compared to the placebo group. They also found that when cryotherapy was combined with the laser it lowered the efficacy of laser treatment done independently.30

A second study looked at similar groupings but looked at delayed onset muscle soreness (DOMS), MVC, and oxidative damage. They found that laser used as a single treatment (not performed in conjunction with ice) is “the best modality for enhancement of post-exercise restitution, leading to complete recovery to baseline levels from 24 h after high-intensity eccentric contractions.”31

These findings generally support the idea of active recovery. Specifically, they support the use of PBM to help with muscle recovery after exercise. These studies in conjunction with other emerging research are clearly bringing the use of cryotherapy and NSAIDS into question as the ideal choices for managing injured muscle tissue.

It is never easy to change the way clinicians practice, but research is starting to suggest that the ideal way to address pain and inflammation will require a departure from past norms. Avoiding ice and NSAIDs in the early stages of the inflammatory process and introducing pro-metabolic modalities like laser therapy could become the new standard for evidence based practice. Clinicians might need to start wrapping their heads around the A.R.I.T.A. philosophy and put R.I.C.E. to REST.